The origin and development trend of card speakers

The origin and development trend of card speakers
origin

Speaking of the origin of the card speakers, the industry generally believes that the popular and hot-selling card speakers extend to the notebook speakers in 2008. With the introduction of notebook speakers, people began to pay attention to the market segment of card speakers\notebook speakers. In 2009, a card audio system appeared in the industry, that is, SD card/U disk can be inserted, and wooden cabinets were the main ones at that time. However, the improvement of the appearance design of the rear cabinet has also produced great changes. There are no fixed design standards for speakers, batteries, etc., which has caused many after-sales problems. In the second half of 2009, some planned manufacturers began to produce digital audio systems with plastic casings.

It has been several years since the appearance of the card speaker in 2012. It has developed into a digital audio system that can support USB, SD/MMC cards, and radio functions in 2012. It has powerful functions and has gradually become a fashion symbol code. There is demand, so there is a market. However, the popular digital audio system has found that the sound quality is average, and it should be said that there is a certain gap between it and high-end products.

The monthly market capacity of card speakers is about 20 million units. However, in 2012, manufacturers and channels have more than one million units in inventory. Why is this situation? It is because a large number of card speaker manufacturers have poured in. Due to the low threshold, There are as many as 200 card speaker manufacturers in Shenzhen at the time, and another part of non-brand manufacturers mainly rely on price wars to attract attention. The quality can not be guaranteed at all. If the normal profit of a factory cannot be guaranteed, plus some subsequent repairs The pressure of closing is a matter of time, and the first three months are the most obvious.

In 2012, digital card speakers went out of business almost every day. If the cost of a product is 40 yuan, it will be thrown to the channel at about 20 yuan. Many channels are speculative and greedy for cheap and are willing to accept it in order to make short-term quick money. This kind of product is a spoiler. At the same time in this industry, it is also a staged disaster for many digital speaker manufacturers who are committed to brands. Many so-called brand manufacturers are also affected by the decline in the market. The early reshuffle has arrived. See who can stick to the final estimate in mid-2012. It can be clear at a glance.

From a technical point of view, its development trends are:

Such as learning machine, repeater, etc.

The third emphasis on the radio function

Because the radio function is very cheap to realize the function, some multi-band radio chips, such as AM, FM, SW functions have appeared, and the magnetic micro-space line can realize multi-band reception.

The fourth is to strengthen mobile TV functions

The introduction of the built-in full-band TV antenna allows this type of terminal to receive analog and digital TV functions.

Using high-quality Bluetooth 3.0+EDR, the maximum reception is up to 10 meters, and the voice is clear and no echo, which is your unique choice for driving. 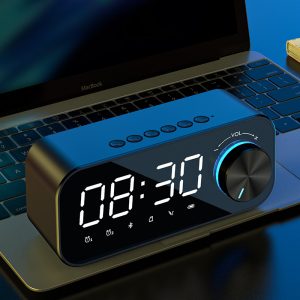 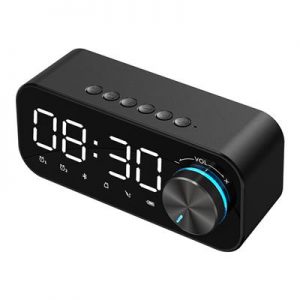